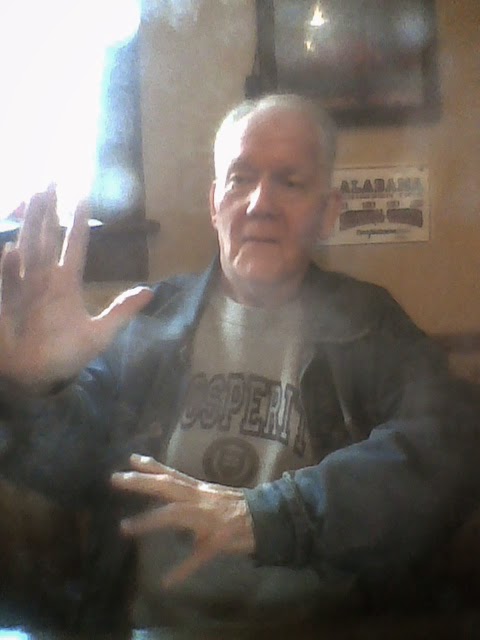 In April I had the great good fortune of visiting my elder classmate, teacher, brother, and friend, Master Paul Gallagher. I stayed at his house near Asheville N.C.which he shares with his partner Becky. Paul and Becky treated me like a spoiled brat, a little Emperor, King, and most importantly, like family. As it always does in good company, the time flew. Lessons were learned ,hearty laughs laughed, wonderful memories evoked and wonderful memories made.

Just hanging out with Master Paul was like having a private lesson 24 hours a day. We talked and discussed about so many subjects and topics. And I learned so many more details about Paul's amazing life and some of the teachers that he had that I didn't know about. Like Philip Kapleau, the famous Zen teacher. Paul studied Zen meditation with him for five years. We also talked extensively about Paul's three main Masters, Sophia Delza, T.T. Liang, and B.P. Chan. He shared the teaching from Sophia Delza about the Tai-Chi solo form " you use long postures to develop long breaths and short postures to develop short breaths." He told the story of Master Chan giving the secret to martial arts which is" we practice to know that our hand is our hand." He also gave me a copy of a personal letter that he helped Master Liang compose on the occasion of the death of Prof Cheng Man-ching, Liang's teacher. In the letter the very essence of Master Liang's 10 Guiding Principles, the mastery of Prof Cheng, and other gems from Master Liang's own art are revealed in a depth and honesty that humbled me. 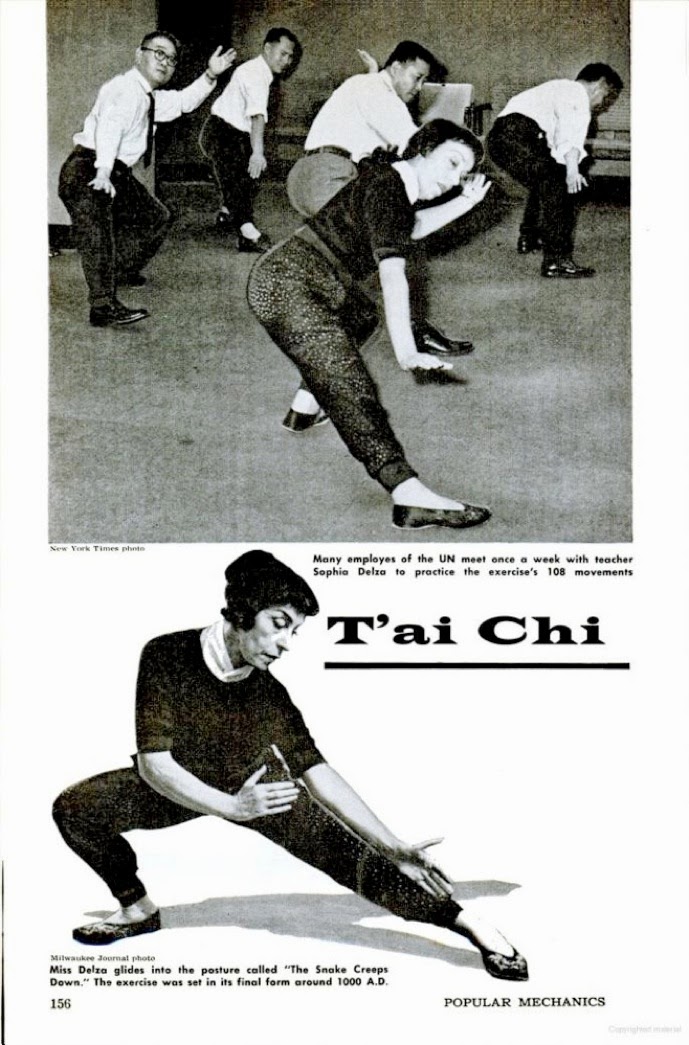 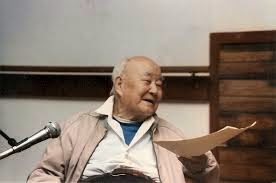 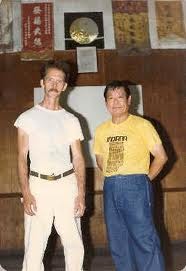 Master Paul also shared with me yet another wonderful combination of postures in the solo form: Needle at Sea Bottom into Fan Through the Back.  He said that the "sea bottom" is the name for the energy center more commonly called the "tan-t'ien." The Chinese word for fan and lightening are the same, shan.  So shan could be lightening in the back.. He said the combination of the sinking motion of "needle at sea bottom" into the rising motion of "fan through the back"  is again, another physical encouragement for the energy to circulate in the Small Heavenly Cycle. 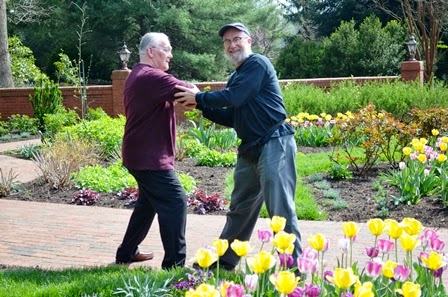 I got to spend time with Becky and got to know her on another level. She is an amazing healer and she gave me an energy healing using stones, her energy, and some very powerful affirmations which I noticed began to take effect right away. Becky and Paul  live on the side of a mountain. The air was fresh, the view was beautiful, and their home was a haven and spa for me both in body and soul. They took me to the Biltmore estate and I got to see some of the most amazing American architecture, as well as the grounds and landscape which are months ahead of Minnesota! I was also treated to many fine meals including real BBQ!!! 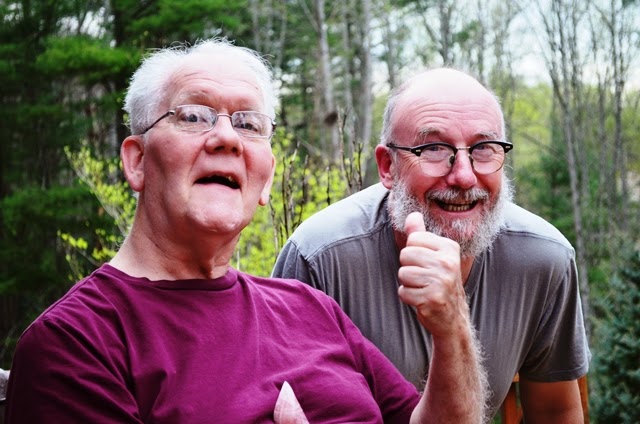 The most important thing for me was just to be in the presence of a person who has so deeply changed my life and affected me in so many aspects of who I really am today."New friends are silver, old friends are gold" and Paul Gallagher is the most golden of golden light. 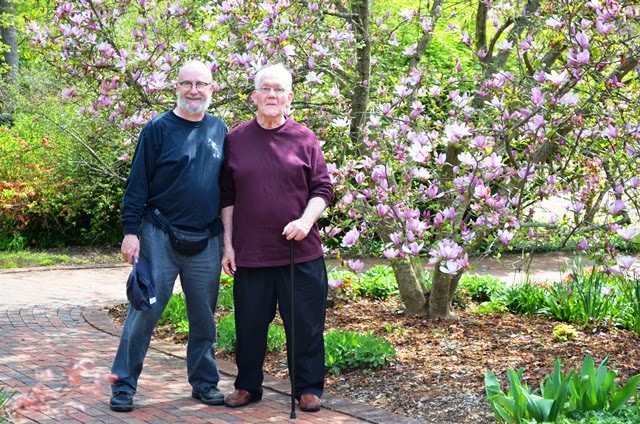 I studied with Paul at Wu-Ming Valley House and at Deer Mountain Taoist Academy, two gorgeous places in New England. But I have to say that the Abode of the Monkey King in Asheville, North Carolina is his most amazing temple yet. I'm planning on going back in July! 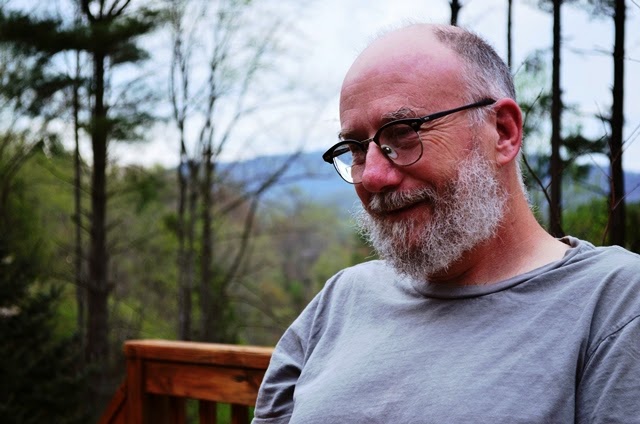 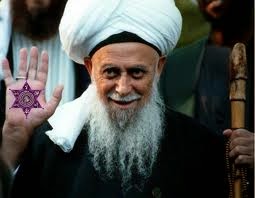 My Sufi master, Shaykh Nazim al-Haqqanni passed away Tuesday, May 6 at age 92. I was looking for a Sufi teacher after doing extensive work and research into the teachings of G.I. Gurdjieff. I mentioned to someone that I would like to meet a real Sufi master and a few weeks later a round trip airline ticket to London came to my house in a plain letter with no return address. I went to London and met Shaykh Nazim in 1989.

As I walked up to the second floor, there was Shaykh Nazim sitting in a big open room full of people. He looked up, motioned for me to come and sit beside him, and said he'd been waiting for me. I said, "I am Ray from America" and he said "I have been waiting for Ray from America, welcome." He gave me the name Ali Ihsan, but because I couldn't pronounce it, he made it an easier name, Ali Haidar. 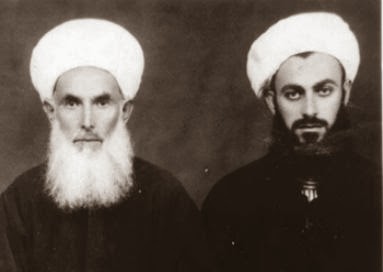 I went back to London 6 times and also met Shaykh Nazim two times when he visited the U.S. I had many dreams of Shaykh Nazim and a few amazing spiritual experiences and insights.I ran a Sufi Meditation Center in Minneapolis for years. One time a fellow Murid , a Sufi student or follower, came to MPLS from Malaysia to give me a message from Shaykh Nazim that his students not travel in September. That was June of 2001.

I studied with him from 1989-1998. Many aspects of my life during that decade were intimately wrapped up in my spiritual journey, like marriage, children, and lots of soul searching. Too much personal connections to mention here, but if you are interested, I have many of his books and tapes and lectures you can borrow. 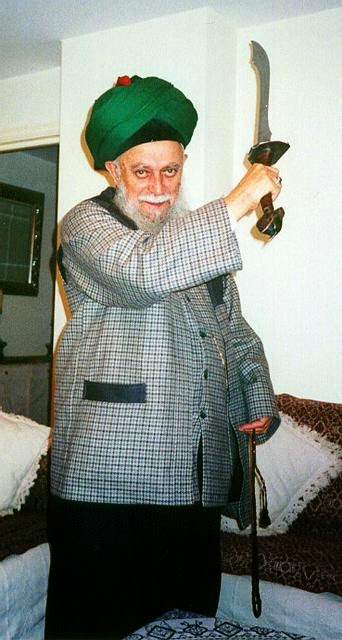 Now with our master's death, I fear we will see too much politics and in-fighting among a group who are supposed to love and enlighten. Alas, there are many reasons I could not continue on the Sufi path. I still live a few of the wonderful lessons I got from Shaykn Nazim. Here are a few I still try to follow;

-Always keep good manners.
-Never intentionally break a heart.
-The time you spend with your eyes closed and your mind awake is your true spiritual life.
-There are oceans of mercy coming to you every second.
-What are you worrying about that will never come to pass? 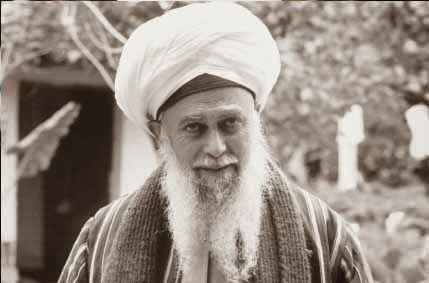 Posted by Ray Hayward at 8:38 AM No comments: