(A paper submitted by my son, Yaseen, which he received praise and a "P" for in school) 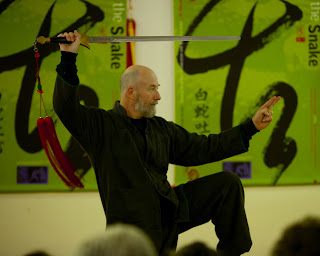 Raymond Hayward exits his car on the corner of Raymond and University. He had navigated through the sea of warehouses to the Twin Cities Tai Chi Chuan Studio. He passes the familiar sign as he unlocks the door and climbs the stairs to the second floor. A few students mill about in the hallway, stretching and talking about this topic or that. He unlocks the main door the wide variety of students from early twenties to late sixties. Students wander inside and a few head to the changing rooms to get changed into loose-fitting, comfortable clothing, along with Ray. The class starts with some meditation and warm ups then the students are broken up into groups based on how much they know. Ray walks around helping anybody who needs it, or he takes them into the room with padding on the walls for a private lesson. After class, people start leaving and a few ask him questions, he happily helps them. Once everybody leaves Ray leaves, ready to continue on the morrow.


Twin Cities Tai Chi Chuan, established in 1981 was made to teach self-defense and calming techniques as well as promote a healthy body, state of mind and lifestyle. It was founded by a group of people who wanted to study Tai-Chi to prepare for a bike tour in China, afterwards they just kept learning. They moved to their own space in 1984. Next year Sifu Ray Hayward, who had been studying with Master T.T. Liang learning the Yang style of Tai-Chi, joined the group and began teaching, so when the first teacher, Jonah Friedman, moved to Taiwan, the Studio had a new chief instructor in Sifu Hayward. In 1982 Ray met Paul Abdella and they began learning Martial Arts together, and eventually Abdella became another instructor in the studio. In 1993 they moved to their current location on University Avenue. Thirty-two years later, they are still here, helping people become healthy and learn martial arts.


The Yang style of Tai Chi, which the Studio teaches, was founded by Yang Lu-ch’an in 1820. The Yang style eventually led to the development of three other styles of Tai-Chi. Tai-Chi has many health benefits and is good for self defense, many people practice it entirely for its health benefits. It is a hard and soft style that is often practiced moving slowly.


Raymond Hayward is the main instructor at the Twin Cities Tai Chi Chuan Studio. He has embraced martial arts since he began practicing it 40 years ago. Hayward began teaching when T.T. Liang asked him to help him teach the newer students.


He holds the studio in high regard. “We provide a safe and friendly place for people to gain health and self defense skills.” Hayward says. With a large community of over 100 students, TCTCC still thrives despite the troubles with the economy and the light-rail preventing parking and access. Hayward thinks the future is bright for the Studio, “we will be able to continue providing quality instruction.” He credits the success of the community to a wide variety of students and a solid system of martial arts. 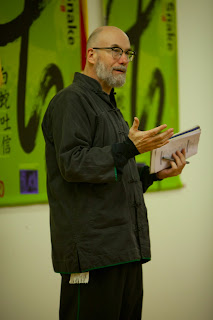