I heard some amazing news yesterday. Let me give a little background first.

I have a student,CG, who studied with me for eight years learning both Northern Praying Mantis Kung-Fu and Pa-Kua Chang. At his first class, as the class intensified, he walked over and sat down right in the middle of class. I went over and asked what's going on? He said he was born with a heart defect and that he was having a little trouble catching his breath. He gradually went on from there to eight intensive years of study in which he could keep up in both speed and power with all his classmates. Gradually he left class to pursue school and other things, yet we always remained in contact. This was a few years ago.

Fast-forward to 6 months ago. CG called me and asked if he could begin taking private lessons again. At our first lesson he told me that he just got back from the doctors and they had told him that he was on about a 10 to 15 year track to a heart transplant! He said he wanted to begin private lessons for two reasons: one was to sharpen his self-defense skills, and two was to try to heal his heart or slow the degeneration. And so we began.

CG began a vigorous course of Taoist Meditation, qi gong, and internal martial arts. As he felt his internal energy quite easily, I had him end all his practices with simply putting his hands on his heart and directing the healing flow of energy inward.He listens to my meditation CD and meditates 45 minutes every night before going to bed and ends each session with directing his ch'i, or vital energy, inward for healing and rejuvenation.

And now yesterday CG begins our private class by telling me that he just came back from his six month checkup with his doctor. This included EKGs, MRIs, blood work etc. When his doctor got the results back the change was drastic and notable.CG's heart function six months ago was at 31% but now it was functioning at 39%!! The doctor said his improvement was so drastic that he could start coming back once a year instead of every six months.CG's parents had both come to his doctors appointment. His father broke down and cried, and his mother looked at him and said "what is it that you do with Ray in those private classes?"

All the work, healing, progress, and determination came from this young man. I helped with knowledge and experience, and a healthy dose of encouragement. I don't know where this will go or how this will end but for now, I'm almost as happy as CG. 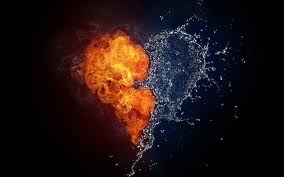