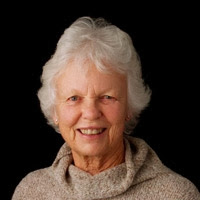 "The body is central to the learning process, not a second-class citizen separate from the mind.”
-Sage Cowles


I just learned of the passing of Sage Cowles, a local legend in the dance community and a philanthropist who raised the level of art in Minnesota to the excellence it enjoys today and will enjoy for years to come. Whoever reads this blog, I would like you to know about Sage the Tai-Chi practitioner.

Sage was one of a group who, having traveled to China and witnessed T'ai-Chi being practiced in the park, sought out  instruction in the Twin Cities. Sage was one of the founding mothers of Twin Cities T'ai-Chi Ch'uan Studio which began by having classes held in her dance studio in 1982. Sage and three others helped found the Studio, which now is a non-profit, full time studio celebrating its 20th year as a non-profit ( with 11years before that as a commercial school).

I had the privilege of working with Sage as her teacher, and quickly became her student as well. She gave as well as she got and I use many of her moving, stretching, and training concepts,  which she learned and experienced from a lifetime of movement, to this very day. Sage studied privately with me as well as taking group classes and learned Master Liang's complete system of Tai-Chi including weapons and pushing hands. Sage was one of the demonstrators for my "Farewell to the Master" demonstration in 1988 on the occasion of Master Liang leaving Minnesota.

I recently got to talk to her about my explorations into the dance world and sharing Tai-Chi and others arts with dancers and performers. Sage was delighted and gave me much support and encouragement. I will miss her smile and enthusiasm and openness.I will miss her friendship and support.But not too much because I have secret for all my students. You get a "Sage lesson" every time I lead the stretching and warm-up. It was Sage who taught me that when you bend and stretch your hamstrings, you can "relax your abdomen and lower back" to get the most out of your stretch with the least amount of pain.How many times have you heard that? For some of you, it's been decades. Thank you Sage.