After writing a full article on Hua Na and Da on my blog, I got such great feedback that I wrote a follow-up on Patreon. Now, after revisiting my notes, lessons, and memories, I have two more additions to the Hua Na Da essays.

The first is a lesson I got from Master Wai-lun Choi when I was learning the 12 Animals of Liu Ho Pa Fa. He told me the three main stances, Cat-stance, 60/40 stance, and L-stance were used for each part of a technique. He said the Cat-Stance was mainly for defense, it is mobile, flexible, and can defend the front leg from kicks. The 60/40 stance was mainly for controlling, you use the body weight and sinking to trap, off balance, pull down, and use your weight to trap.
Lastly he said the L-stance ( bow-stance) was to completely put your whole body power and weight towards your opponent. You use the hip, shift, and waist turn, in combination with the body weight in motion, to deliver your whole body into your attack.
Master Choi also said there are places where we use these stances during attacks. He also said the follow-steps, like Hsing-Yi, used in the Tiger, Bear, and Leopard, are L-stances that have been full issued and then reset, or "cocked." He said he also emphasized and used the three main stances in all the styles he taught. 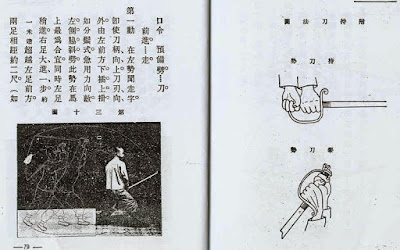 The other lesson I got was when Master Choi came to teach the Hsing-Yi Two-Handed Saber. I had a student, Patrick, who had come from England, where he was a 4th degree black belt in Judo, and a 1st degree black belt in both Aikido and Wado-Ryu. He was also a 2nd degree black belt in Iaido, the art of drawing and cutting with a katana. Patrick signed up for the seminar.
I was not only excited to learn this weapon from Master Choi, but to see what was the same or different with Iaido. We learned the Five Elements applied to the weapon. We were shown the applications and how to link the movements into a form. And we were taught how to generate power into the attacks using whole body power.
After the seminar, I had the chance to compare notes with Patrick. He told me he had seen all the attacks and defense before, and that there was nothing new there for him. He was trying to learn whole-body power and was excited to work on that. 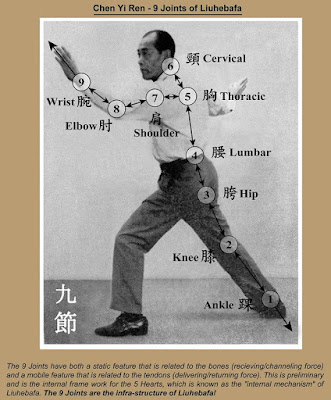 But, he was truly amazed at how there was something in between the defense and attack! Patrick said that what was missing in Iaido was the controlling of the opponent before cutting, slicing, or stabbing. He was impressed that Master Choi would have him off balance, or under control, so that he could not defend himself. Patrick showed me similar techniques from Iaido, but Choi's versions had control and minimum body movement to generate power. Neither did Master Choi use a huge wind-up, or opened himself up, before he attacked.
There is more to Hua Na Da and I will share as much as I can as it all percolates and surfaces. Stay tuned!
Posted by Ray Hayward at 6:35 PM