The Healing Lady of Culloden Moor 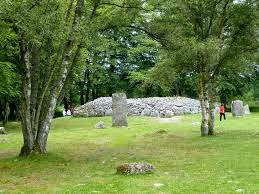 After celebrating the 50th anniversary of the found of the Order of Bards, Ovates, and Druids, I traveled North to Scotland to visit friends and see my family's marker at Culloden Battlefield. I was met there by Gethellen, my friend from OBOD and an Ovate in the Order. She put me up in the guest suite at her grandmother's retirement home, stating that I "was family." Gethellen picked me up and took me out for breakfast, haggis and bacon sandwiches, and then drove a short distance from downtown Inverness where I was staying, to Culloden Moor. 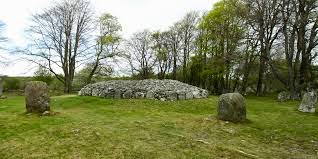 Our first stop was to a Neolithic site featuring stone circle and burial cairns called Clava Cairns. One of the cairns was worked into a stone fence to accommodate a roadway! The magic, history and feel of that place, coupled with old incredible trees, made me feel as though I had been there before. 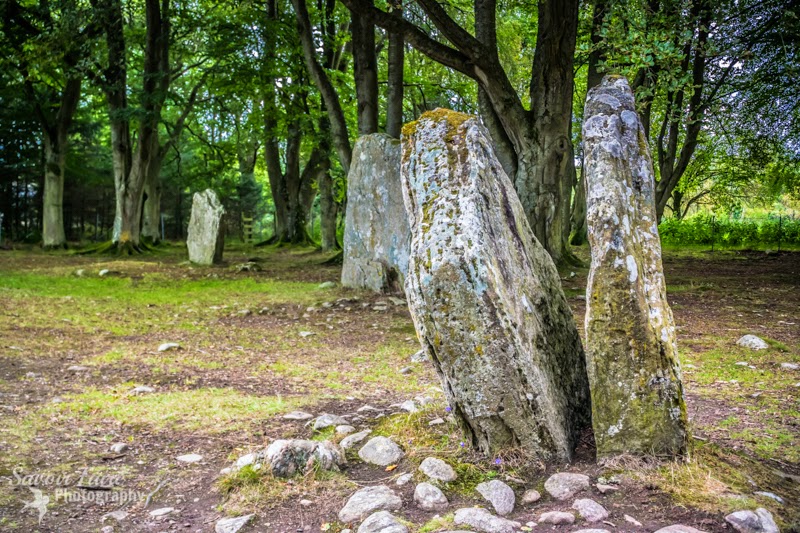 The next stop was to the visitor center of the battlefield, just a few miles away. I was already feeling a dread to visit the battlefield where so many lost their lives in such a horrible slaughter. Gethellen took me by the arm and told me everything would be alright, that she goes there all the time and knows the lonely, frightened souls who dwell there. 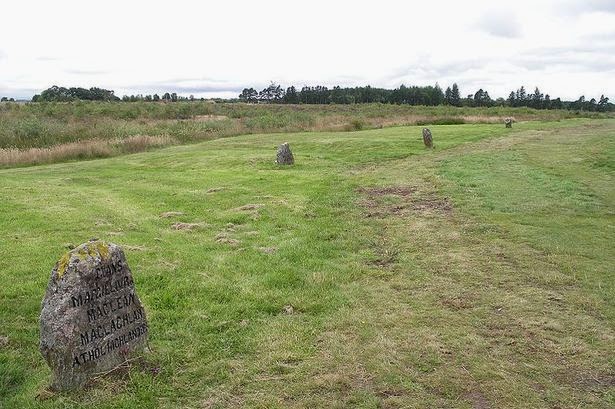 At the visitor center I saw many artifacts and items from the battle and time period. A room with screens on all four walls showed a panoramic view of what the battle was like, reenacted with chilling effect. I was move to tears. Again, here was a group of people fighting and dying for leaders who were far away and who ran while my ancestors stayed and died.

Walking out on the battlefield, I saw it was really a SWAMP! Standing water, reeds, and very little solid land for the famous "Highland Charge."  1500- 2000 died in under an hour. You could feel it. 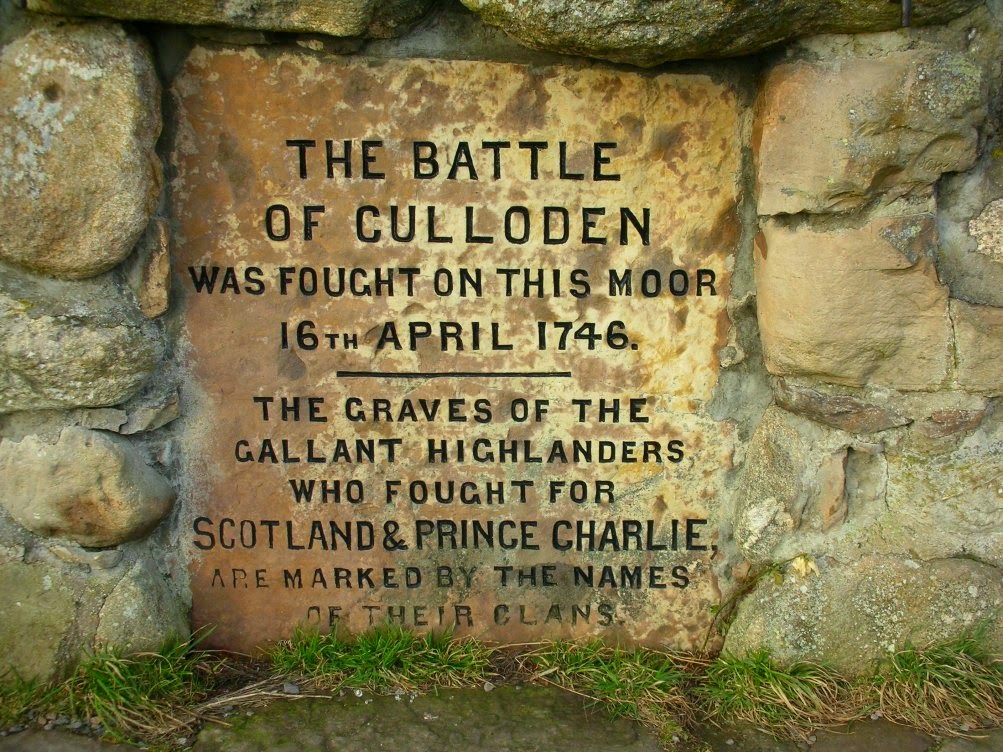 Gethellen told me that she walks here frequently and talks to the tortured souls and lets them know it's alright and that they can go on. She feels the fear, pain, anger, and confusion and soothes them with her healing presence. She also healed me. At one point I saw a Hawk hovering over the battlefield and then swoop down into some brush. 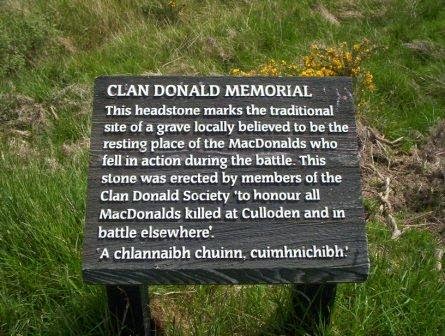 Halfway around the walk, Gethellen pointed to a stone and said "there is your Clan Chief." I saw a triangular shaped stone with the simple name Donald on it. I put some tokens of my respect at the base of the stone marker. From my great great Grandmother Asenath McIntire Hayward's gravestone in North Reading ,Massachusetts, I brought a stone chip and laid it on top of the Donald stone where it seemed to glow white. 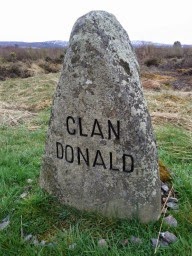 An awesome night at a local pub with Gethellen, Heather, and Gran drinking BelHaven and sipping Bell's gave me a good send off back to Edinburgh.

THANK YOU ELLIE, MY HEALING LADY!!!
Posted by Ray Hayward at 3:16 PM