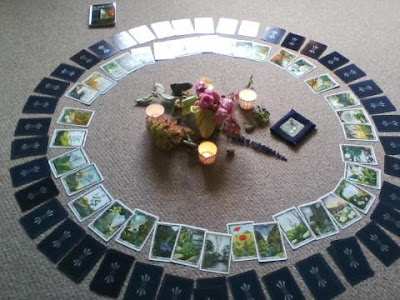 “You are a Druid if you love trees.”
-Philip Carr-Gomm

Martyn Smalltree and I drove to upstate N.Y. in October to participate in a two day retreat on "Druids: Magic and Healing." A workshop designed to explore the way the old stories, and the sacred animals and plants used in Druidry, became so much more for the intimate group of seekers.Lead by Philip Carr-Gomm, chosen chief of the Order of Bards, Ovates, and Druids, the gathering was held at Healing Waters, a yoga center nestled in the loving embrace of a wooded river bend and rock face. The ten acre grounds were used, as well as the ashram, for our weekend.

The workshop began with us standing in a circle and holding hands. This simple gesture soon became a powerful experience and seemed to gel the group on a deep level. Philip then read a poem by Mary Oliver,”Wild Geese,” which he said “gives the feel of Druidry,” And then, the outside world disappeared...

For me, it was like stepping into the Bardic Grade of the OBOD course work. Let me say that Philip is a true bard and a master story teller. Even though I had read, re-read, and heard many of the stories before, in that setting, with live-time pauses and spaces for back stories, explanations, and historical context, the tales and lore came alive with greater affect to my mind, heart, and spirit.

Music was played before, during, and after most of the sessions. Philip explained the different ideas the composers used to create the inspiring music. The effect was wonderful! So many tools set the mood for inner journeying.

"Whoever you are, no matter how lonely,
the world offers itself to your imagination,
calls to you like the wild geese, harsh and exciting --
over and over announcing your place
in the family of things."

Our group was divided into about one third who had done or were doing the OBOD course, another third who knew something of Druidry, and the last third being composed of the curious and the seeking. Philip's teachings appealed to all and the feed back I heard during the weekend was that everyone was getting exactly what they were looking for.

Beginning with a basic overview of the history of Druidry, the talk really was about the dawn of time and the beginnings of spirituality, ritual, and art. Fitting subjects for a Bard. About 3,000 years of history were covered in about an hour, yet I felt I learned more in that introduction than what I had reading so many books chronicling the history of humankind! Philip offered that religion sprung from the primal experience of darkness and light.

Caves were considered not only as shelter but as temples and places of spiritual transformation . The practices of being taken into darkness,being  brought to the edge of life and death, then to be reborn into the light formed the basis of early rituals and ceremonies.A guided meditation drove home the concept that ancient people used caves, light and dark, death and rebirth, for spiritual growth. And we got to experience it!

To begin the study of plants, Philip told the tale of Airmid's Cloak, an ancient story about the great healers of old. Using timing, gesture, and insight, Philip brought the tale to life and gave us so many viewpoints and lessons from that story. Instead of being a story about how all the old knowledge of healing is lost to us, scattered to the four winds, we were encouraged to see it as a tale of hope. Now is the time that the old knowledge is being gathered and shared for everyone! "There is still work to do." We then learned about the plants used by Druids and the process Philip and Stephanie went through to choose those for the Druid Plant Oracle. These cards were placed in a circle and we each got up and chose a card. I learned so many different ways to read, work with, and look at the cards. 13 different ways Druids worked with plants sparked many interesting questions and discoveries.

One thing about the cards: we were told that instead of trying to see the future, that the cards and the messages help us see now, the present. How to live more fully in the present. To get a small insight instead of a prediction. Indeed, we were reminded that “it's in the tiny things that our lives can be changed.” 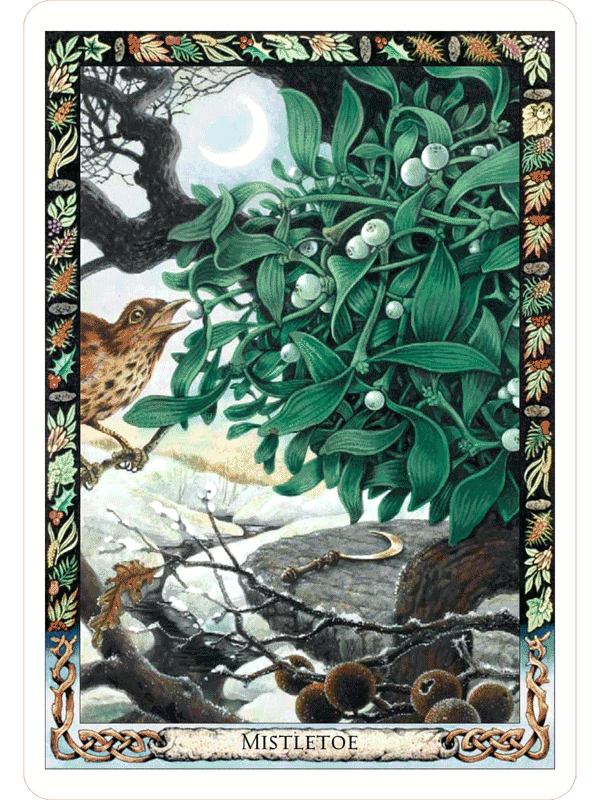 Guided meditations with plants, and some Druid breath work and movement outside, were awesome parts of the day. An informal banquet that night at the Roycroft Inn, where we met Stephanie, who was experiencing the magic of arts and crafts at Roycroft Campus, rounded out a perfect first day. Martyn and I crashed at our Air B and B, feeling the effects of our two day drive from Minnesota.

The next day we were treated to the story of Ceridwen and Taliesen. Again, not only how it was told, but the added insights and suggested meanings showed this story full of alchemy, animal lore, elemental work, as well as the rich traditions and history of Wales. Nwyfre, Awen, and the Fferyllt, the Druids alchemists, were discussed and explained. More guided meditations, another outside practice in the chill Fall woods, and then it was on to work with the Druid Animal Oracle.

Again, not only did we do personal work with the animals inspired by our card choice, but Philip gave some partner work that was new to me and to many others. Without divulging his teaching techniques, let me say that the cards and their guidance and messages were worked in subtle and obvious ways to promote multi-viewed insights and experiences. As I've seen on other occasions, Philip was able to connect and work with everyone at the retreat. We all had access to him, and each of us had a personal, as well as group, experience with him and his teachings.

There were so many other things we covered in only two days, but the pace seemed slow and relaxed, making the information digestible. We finished with a question and answer session. One question was, “What did Philip see for the future of Druidry?”

He answered by saying with the big shift to many people being S.B.N.R. or, spiritual but not religious, we are in need of celebrants to fill in the gap for rites of passages and rituals. With people taking charge of their own wedding vows, baby namings, funerals, and other rites of passage, Druids are well placed to act as celebrants to help devise rites and rituals,as well as officiate to the degree wanted or needed.

Philip ended by stating that the two goals of a spiritual way,like Druidry, are to "sort yourself out and be of some use." “Druidry can help you sort yourself out with a view to finding wisdom. Discovering our innate nature of the creative self. And urging us to help the world.” 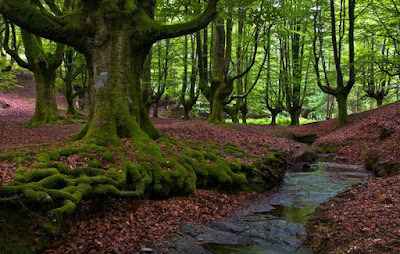