An Introduction to the Three Centers 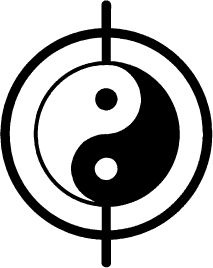 Style= particular procedure by which something is done; a manner or way.

‘different styles of management’
Method=A particular procedure for accomplishing or approaching something, especially a systematic or established one.
‘a method for software maintenance’


Master B.P. Chan, my first teacher of Hsing-Yi and Pa-Kua. 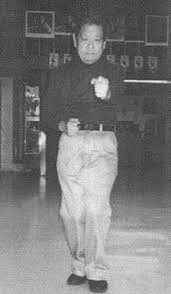 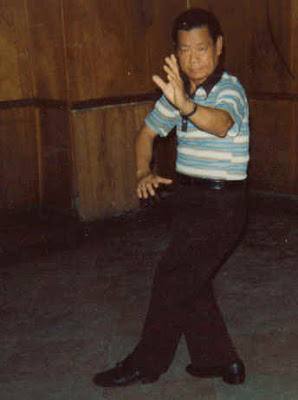 There is a training phrase in internal martial arts which states, "Hsing-yi goes through the center, Pa-Kua goes around the center, Tai-Chi maintains the center."I first heard this from Master  B.P. Chan in New York City in 1979, when I was began learning Hsing-Yi and Pa-Kua. Master Chan  gave me my first lessons in these arts When I return to Boston my teacher, Master T.T. Liang, gave me further explanation:

" There is a training theory recalled the Three Centers.  The center can be looked at as if it is the opponent, or the opponent's center line, or center of gravity, or where the action is happening.  Basically it is three strategies defining attacker and offender.  Hsing-Yi emphasizes going through the center, where the opponent is standing.  Pa-Kua emphasizes going around the center, going around the opponent. Tai-Chi emphasizes maintaining, or being, the center. Tai-Chi is in the middle, following, neutralizing, and attacking with invisible circles.  Every style utilizes the Three Centers."

Master T.T. Liang, my first, and sweetest, teacher of Tai-Chi. 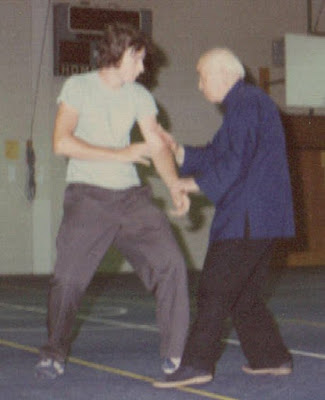 This is to give an idea what the relationship with each style is to their opponent. Hsing-Yi goes through the center means that in Hsing-Yi we are always stepping in, attacking, trying to occupy the place where opponent is standing. Pa-Kua goes around the center means that in Pa-Kua we are always circling and avoiding the opponent's strength, trying to keep them in the middle, looking to strike their "no support angle." Tai-Chi maintaining the center means that Tai-Chi stands in the middle, "using invisible lines and circles to attack and defend." Here is a quote from the first Western writer of Internal Martial Arts, the late Robert W. Smith:

"Wrong ideas can put the student on the wrong track-examples are numerous.  Some divide the internal into hard, soft, and change, equating the hard to hsing-i, the soft to tai-chi, and the change to pa-kua. Some also say that hsing-yi is for youngsters,pa-kua for the middle aged, and tai-chi for oldsters.  How absurd!  Internal experts used to say that the three had the same end, yet employ different means.  The statement must not be interpreted as a relay race but rather like three links in the chain of command to attain an end."
-Robert W. Smith
Pa-Kua: Chinese Boxing for Fitness and Self-Defense 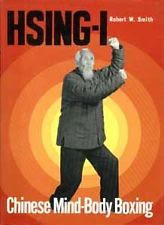 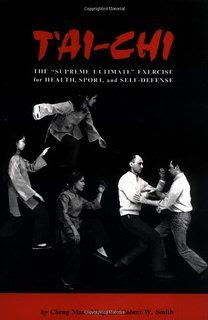 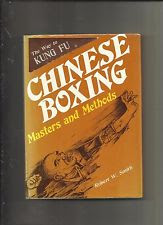 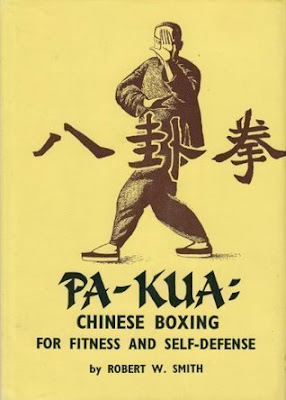 Studying with Grandmaster Wai-lun Choi and his method, we avoid talking about styles.  The old argument about which style is best cannot be answered.  For example, Hsing-Yi also uses the circle walk and sensitivity.  Pa-Kua has a straight-line method and  Tai-Chi has follow steps, circular footwork, and active footwork.  Principals, training methods, and the actual practitioners and their skills are the only true items up for argument and debate.

Master Choi teaches the three centers, and all the internal styles, as strategies.  Indeed, he teaches that the internal martial arts are the strategy for fighting against the external martial arts.  In some martial arts the strategy is to be faster, stronger, younger, and have better conditioning and endurance.  Outside of weight divisions, and sanctioned competitions, we may be faced with an opponent who possesses the aforementioned advantages.  We simply have no time to try to train to catch up, or surpass, say a bigger and stronger opponent!

Grandmaster Wai-lun Choi, my last, my current, my most amazing teacher of internal martial arts. 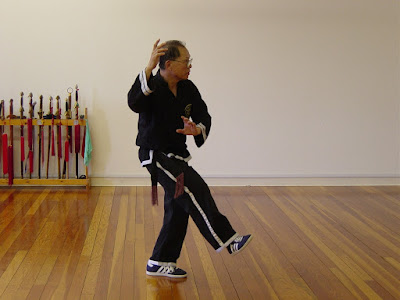 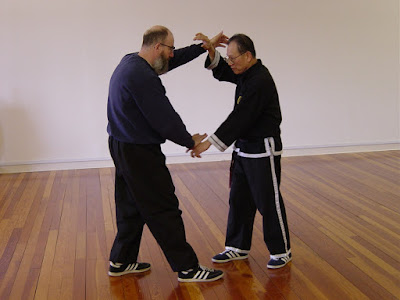 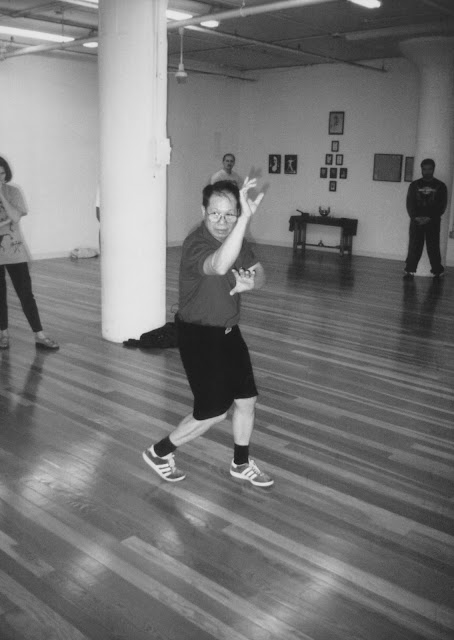 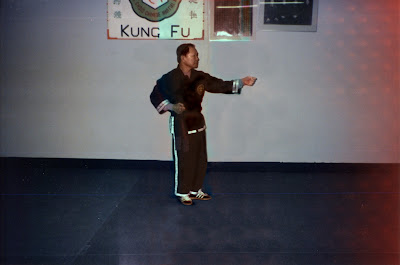 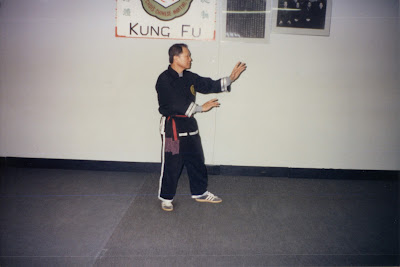 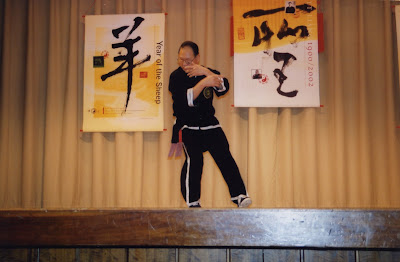 If we look at the three centers as strategies, when your opponent is smaller than you, you can use the Hsing-Yi idea of going straight in to attack.  If your opponent is bigger than you, you can use the Pa-Kua idea of sidestepping and changing the angle to avoid their strength.  I also teach this idea for practicing pushing hands.  If my partner is more sensitive than I am, I worked on my defense and avoid their strength, I "go around their center." If my partner is less sensitive than I am, I work on my offense, and " go through their center." If my partner and I are at the same level of skill and sensitivity, I  mirror my partner, "maintain my center," and work on controlling them. 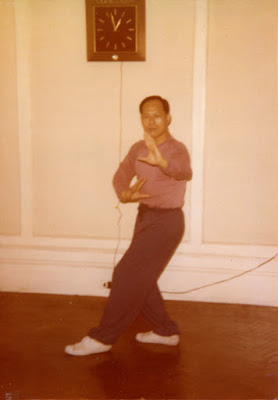 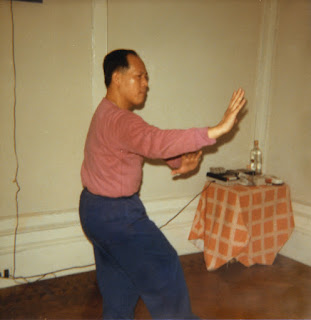 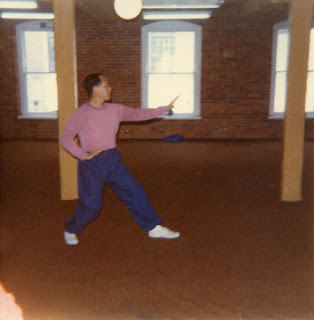 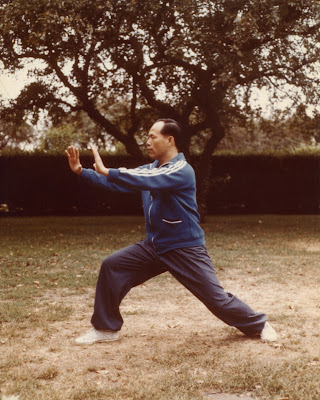 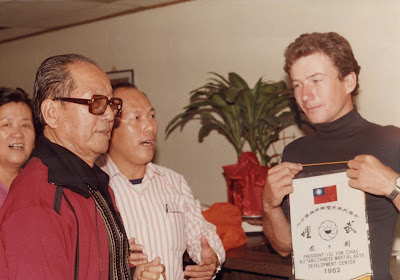 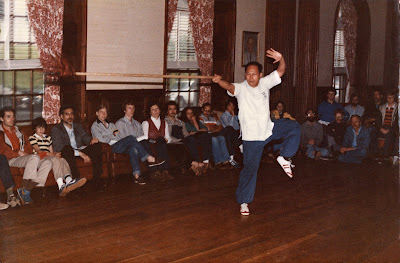 I'll leave you with the oft-quoted teachings of my teacher, Grandmaster Wai-lun Choi,

"Don't talk about style! There is only one style: the Human Style!"
Posted by Ray Hayward at 8:41 AM