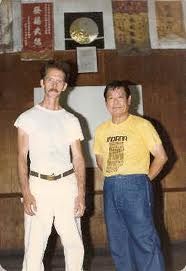 How I Finally “Got” B.P. Chan’s Real Teaching

B.P. Chan was a remarkable and memorable teacher.  I was blessed to have private lessons in Bagua with him for 4 ½ years, which required my driving from Massachusetts to New York City every Sunday morning. I would rise at 4 AM, leave the house around 4:45, and arrive in NYC just before our scheduled class at 9 AM. Then, after my private class, I would stay at his studio for most of the day attending public classes in Bagua and T’ai Chi Ruler.

Chan was an extremely demanding teacher, correcting every little flaw in my form over and over until I “got it.” Initially, I studied with him for almost 2 years just to learn 8 moves!  Not the eight application palms which one often sees in videos or demonstrations, but eight inner cultivation palms in which I walked the circle for an hour holding each of eight static postures. Chan insisted I learn these thoroughly before I could start on the eight application palms. 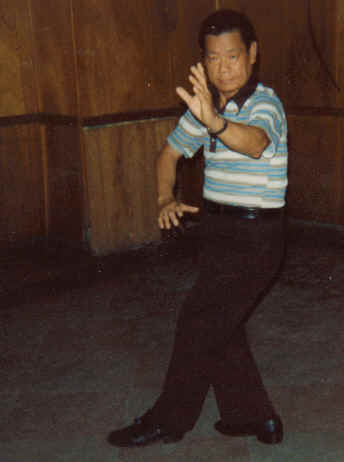 Notwithstanding his strictness as a teacher, Chan was also a “warrior with heart.”  Years after I stopped formally studying with him, he would often call me late at night, usually around  1 AM just to ask how I was and how my life was going. He never failed to give me some invaluable training tips during those calls.  And he never failed to send me cards for Chinese New Year and other holidays. He was truly a “gentleman of the Tao.” There are a few anecdotes of my study with him here http://totaltaichi.blogspot.com/2013/07/how-to-be-real-taiji-student.html.

But it wasn’t until many years after I had stopped formal study that I finally understood the real core of Chan’s teaching---at least for me.

This came about during a private coaching session with one of my prosperity mentors, Robert Kiyosaki.

He was relating a story about his experiences in the US Marine Corps.  After graduation from the U.S. Merchant Marine Academy, Kiyosaki joined the Marine Corps. He went to basic flight school training in Pensacola to become a helicopter pilot. After he got his wings, he was transferred to San Diego for his combat flight training.

Kiyosaki, now a newly commissioned Lieutenant with his shiny pilot’s wings was somewhat full of himself, as were his fellow flyers. But combat flight training was an entirely different experience from basic flight training. There Kiyosaki and his fellow fledgling flyers met their new flight instructor, Major Denny. Denny was a fanatical disciplinarian who would let no infraction or moment of carelessness go unnoticed or unpunished. Almost immediately all of his trainees hated him and called him numerous vile names behind his back. But on the very last day of flight school, just before they would be sent to Vietnam, he told the students that he was such an “evil SOB” because he saw his real task as "taking the Loser out” of his students.

He said, “in combat there is no 2nd place; You are either a winner, and you live to fight another day, or a Loser; and you are dead. There is no ‘consolation prize.’  That’s why my whole job here is to take the Loser out of you. I want to see you return after your combat tour is completed.” 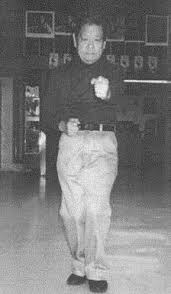 When I heard Kiyosaki's story I was reminded of a few of my experiences with Master Chan. Suddenly they took on a whole new meaning.

One Sunday, in the dead of winter I awoke with a terrible case of "flu."  I was nauseous and feverish with my body in total pain. Obviously, there was no way I could drive 4+ hours, and then take a grueling day of classes, followed by another 4+ hour drive home.  So I called the Master around 8:30, explained my devastated condition and apologized for missing my class. I thought I might get a few words of sympathy:  "take it easy , rest,  just take good care of yourself until you are better...."

To my amazement, he started reprimanding me for not practicing hard enough!  "If you really trained the way you were supposed to, you would never get sick. You have not been practicing hard enough.  Now get up and start training---and don't ever call me again to tell me you are sick!"  And the phone went....CLICK!

I awoke at 4:15 AM. There had been a forecast of snow the previous evening, but no specific amount of snowfall had been announced. Now when I turned on the radio, the forecast was for a 14 inch snowfall in MA and CT. It would be quite impossible to drive the 225 miles through such a snow and over the hilly terrain of western New England to NYC.

So I again called Chan at 8:30 AM and told him I could not make it to my scheduled class. I was in a bit of trepidation after my previous call described above. This time I didn’t expect any kind words, but at least hoped he would understand my predicament and realize that there was a good reason for my canceling the session.

Instantly, he began upbraiding me:  “ You are supposed to be a martial artist. Are you going to be defeated by a little bit of snow? If you are a real and devoted student of the arts, you would let NOTHING stop you from reaching your goal.”

These were the only times I ever missed a class with Master Chan. 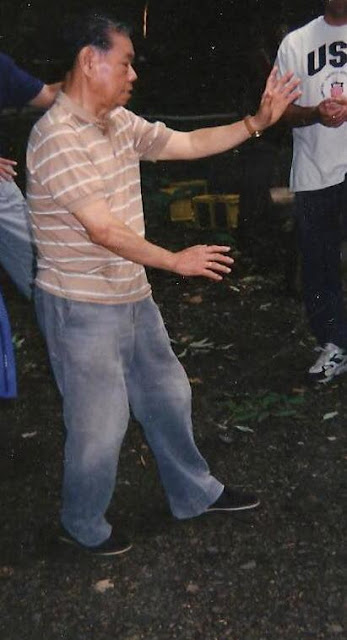 After taking morning classes and having a break of an hour or so, I would usually get back to the Master's studio toward the end of his noontime class to warm up a bit before the afternoon sessions

On this particular day, I was standing in the corner doing some warm-ups rather casually, and watching the final moments of the previous class. All of a sudden the Master came charging across the room with the eyes of a tiger, yelling at me and criticizing one of the moves in my warm up exercise. He demanded to know WHY I was doing it incorrectly.  I said, it was "just" a warm-up and I didn't think it was that important.

And indeed, I have remembered to this day...

My private lessons were grueling; the Master let no mistake go by unnoticed, and compelled me to practice the moves over and over again. There was no time or allowance for resting. One morning, after an hour of training, I was feeling exhausted and sweating profusely. The Master indicated that I could pause for a few moments.  A welcome relief, I thought.....

But, to my surprise, he came right in front of my face, looked into my eyes and said, "I will take your money, but I will never take your life."

I had no clue what he meant and just stood there.

He repeated what he had just said, a bit louder this time.  I still drew a complete blank and my face must have revealed my confusion. After a few tense moments he said, "I teach you only the very best that I know. I hold nothing back. I know that these techniques, if applied correctly, can save your life in an emergency. I will teach you only what is correct and what really works---that's why I will never teach anything that can 'take your life.' And you can only get it by practicing as intensely and honestly as I teach."

" Since I have a family to support, I will take your money for the classes."

Years after I had stopped studying formally with Chan I finally understood that the real core of his teaching was “taking the Loser out.” 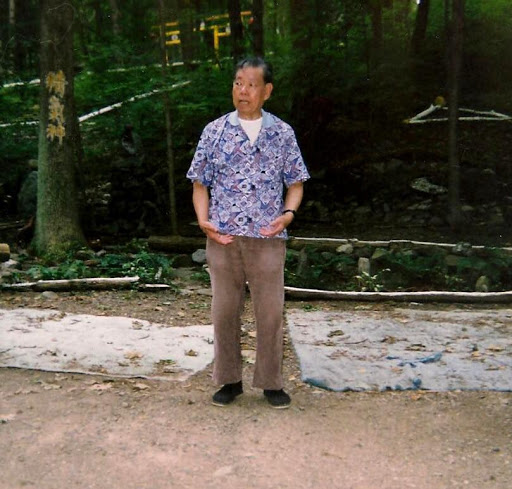