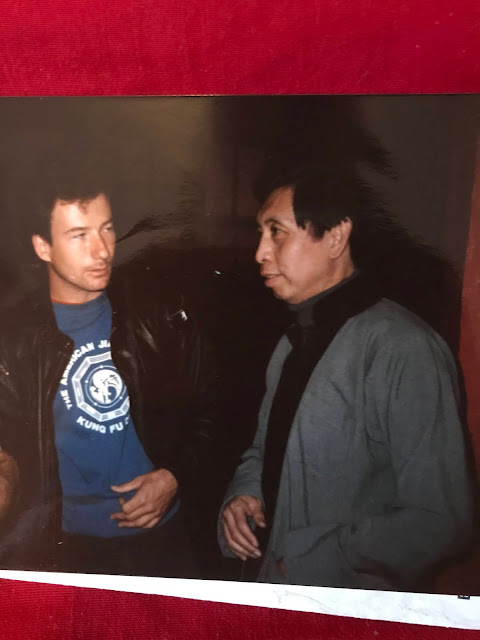 My first introduction to Master William C.C. Chen was through my teacher, Master T.T. Liang. Liang and Chen were classmates under Professor Cheng Man-ch’ing. Both came to New York in the 60’s to help the Professor spread the art of Tai-Chi Ch’uan. In the book Fundamentals of Tai-Chi Ch’uan by Wen-shan Huang, he writes,

“About a year ago, three visitors from Taiwan- Professor Cheng Man-ch’ing and his two accomplished pupils, Professor T.T. Liang and Mr. William Chen have remained in New York, to conduct classes of Tai-Chi Ch’uan for primary and advanced pupils. They are also experts of Tai-Chi Ch’uan for Hand Combatting and Medieval Weapons Fighting, which are more appealing to youngsters and sportsmen here.”

In 1979, Master Liang had arranged for me to take private classes in Hsing-Yi and Pa-Kua with Master B.P. Chan, who was teaching at William’s school. During my classes, William came in, introduced himself, and asked me to send his warmest regards to Master Liang when I returned to Boston. I ordered a sword from Master Chen at that time, and he brought me back a Tai-Chi sword from Taiwan. 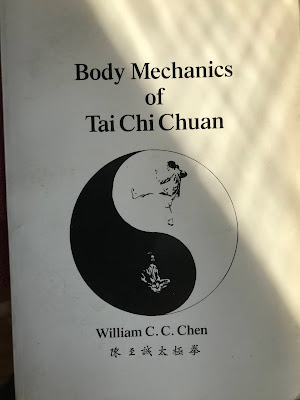 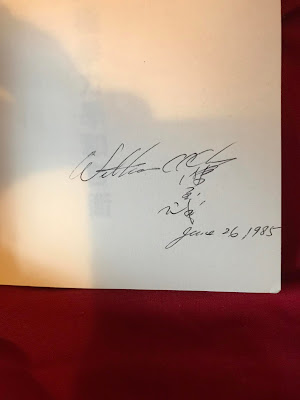 In 1984 I began taking private lessons with Master Chen with Master Liang’s blessings and introduction. I mostly worked on Pushing-Hands, and studied form applications and William’s “Body Mechanics,” his unique way of explaining and teaching the speed and power in Tai-Chi as a martial art.

When I would return to Master Liang, he would ask me what I learned from William Chen. He always called him William Chen, like one long name. He also always used Paul Gallagher’s full name! I would recount and show my lessons and then get Liang’s confirmations and insights into William’s lessons.

I went back and told Master Liang all that had transpired in my classes and told him about the Da-Chin counter. Master Liang smiled and said “Yes, quite right, that is how you defend against my push. Do you want to know how to defend against William Chen’s push?” He showed me the same counter William had, and I had a great laugh over how open both teachers were!

One time Master Liang’s classmate came from Taiwan to Boston to challenge him. When I told William about the visit and challenge, William said the classmate had visited him, but didn’t mention visiting Liang in Boston. I said probably because he tried to push Master Liang and couldn’t! (Liang was in his 80s!)

My time with Master William Chen culminated in a seminar in Minnesota in 1987. I hosted William for two days, going over pushing-hands, form applications, body mechanics, plus his ideas on self-defense and sparring. During his stay, he went to visit two old friends, Master T.T. Liang, and Master Gin Foon Mark, who he knew from New York.

During the seminar, I was hit by William with a short roundhouse palm to my shoulder. It was the hardest I have ever been hit! It was short, snappy, shook me to my core, and made me slightly nauseous. The speed and power generated by his body mechanics were frighteningly effective.

After that seminar, my life was such that I never went back for more lessons with Master William Chen. I hold William at the highest level of ability and respect. I still use many of the concepts and teachings I received, and his roundhouse punch as a Cloud Hand application.

Here are some of William’s teachings from my notebook.

-Pushing-Hands is to learn how to neutralize and be in balance in any position. You don’t have to be upright to be balanced.

-For practice, you must have your body pushed so you can make it sensitive.

- The speed of a push comes from the change of soft to tense. Power comes from leverage.

-When stepping in to push, keep your hand soft, this will give a t’i-fang affect.

- The reason the Professor (Cheng ) was so good was because his arms were weak, so he had to develop his leg power.

- It’s faster and softer to neutralize with your body and legs instead of just the arms.