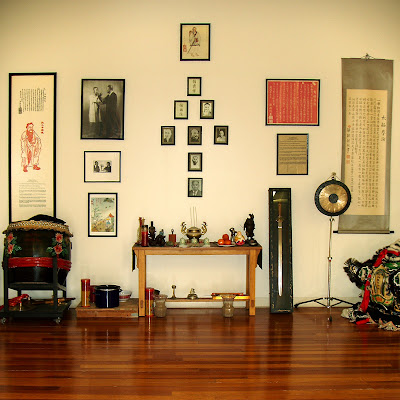 Twin Cities T'ai-Chi Ch'uan Studio has been a full-time, not for profit, T'ai-Chi school for over 20 years. As a Studio, we have existed for over 30 years, that's some longevity! Ushered in from a for profit to a not for profit Studio by the generosity of Phil and Joanne Von Blon, two long time practitioners, they also donated our amazing floor!

The Studio has offered classes in the complete system of Yang Style T'ai-Chi Ch'uan and has taught many levels and aspects of that style to the public for decades. Both inside and outside the Studio, we have taught T'ai-Chi to thousands of students. We have also offered these other styles and practices: 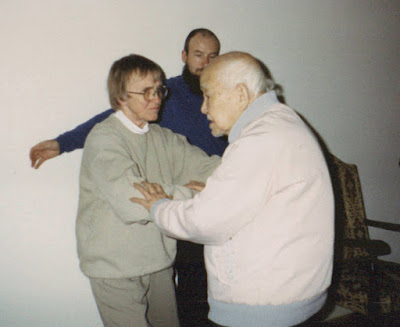 We have hosted many Masters, Teachers, and even a few Grandmasters for workshops, seminars and on-going classes: 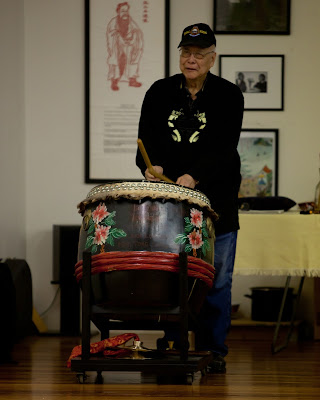 We have hosted over 20 Chinese New Year Celebrations and Demonstrations and over 13 Annual Retreats.

We held 6 years of Kid's Kung-Fu Classes for the metro Homeschoolers.

For our 10th Anniversary as a non-profit we produced a book, String of Pearls, and held a huge demo and banquet on the St Paul campus of the U. of M. Grandmaster Wai-lun Choi attended and performed two demonstrations and presented the Studio with a hand written calligraphy of congratulations and inspiration from his own hand.

We produced over 10 years of our studio newsletter, "Wu Dang,"  in paper format. Published monthly at first, then quarterly, and now in an on-line format. 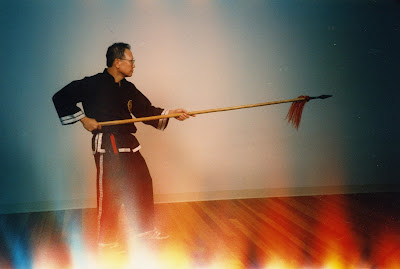 In the early 90's, Master Liang came to the Monday night classes and gave corrections, told stories, and added to the experience of those classes.  I cannot remember a time that Master Liang entered our Studio without remarking on many of its aspects.He truly loved it. Grandmaster Choi always remarked on the size and space of the Studio. He loved it as well.

Numerous demonstrations outside the studio as well, to spread the Tai-Chi gospel.

We held two Art Galleries, one for Master Gin Foon Mark and the other for my son, Yaseen.

Two of Master Liang's children, Joseph and An-Le visited. An-Li came for vacations as well as for New Years demos, and for her father's memorial service. 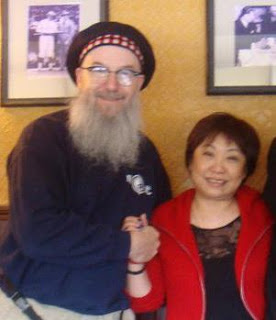 We held two CD releases and concerts, one for local Lute player Rick Griffith and the other for The Idisi. The Idisi recorded a CD at the Studio as well. Morris Dancers have flash-mobbed our Studio and delighted us with song and dance. 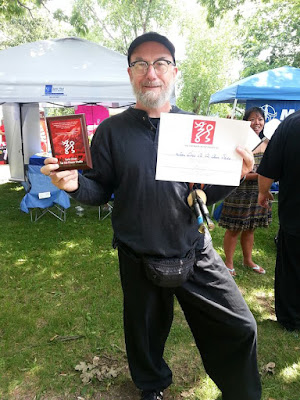 We've had one wedding proposal, during a Chinese New Year Demo, and two weddings using the Studio.

There have been many babies who were being nourished in the womb during classes, and many have returned to visit after they were born. 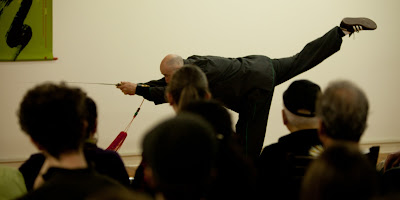 After Master T. T. Liang's death at age 102, we hosted a complete Buddhist funeral service, setting up a full altar with monks and nuns chanting sutras, led by Thic Hanh Duc, the roommate of Thic Nhat Hanh, who said it was the most peaceful funeral he ever presided over.  An-Le Liang flew back from a vacation in Taiwan to attend the service. At the end, 65 people did one round of the form to the music. 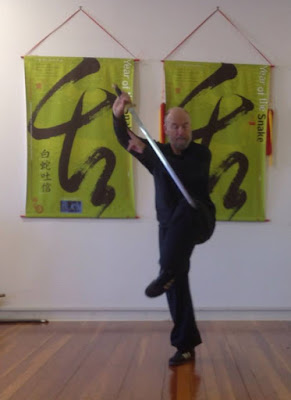 Too many seminars, workshops, and presentations to mention, all to help beat the Winter Blues.

11 years of seminars with Grandmaster Choi, as many as three a year for while! 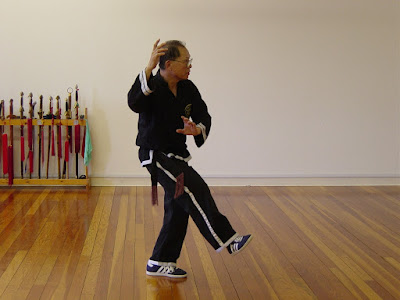 Group and single Disciple Ceremonies and initiations have been conducted.

Visits from Diane Cannon and her students from Ming Tao Tai-Chi, Richard Roy from J R  Roy's Martial Arts Academy, Bryan Davis from Twin Willows Tai-Chi Chuan, Mike and Kim Cain from Med City Tai-Chi,and Alan Tillotson from Chrysalis Natural Healing Center, to name some who have come to visit and participate in Studio life and enriched our experience. 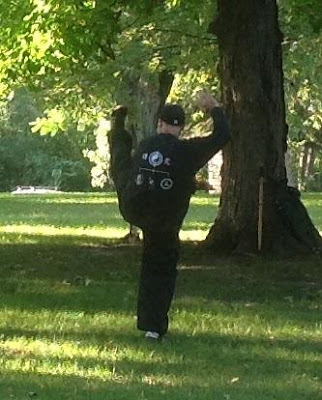 Visiting masters and teachers include Ken Cohen and Chuc Chin.

Field trips to Arms and Armor, and the Minneapolis Art Institute, deepened our knowledge of swords and Chinese Culture.

Fundraisers of many styles and kinds have been tried, some fun and successful, others fun...

Wow! Amazing! Now that I sat down, took a breath, a tan-t'ien breath, and started to think about what has transpired in our humble space, it's pretty incredible if I do say so myself. I know I've missed many events and people, but for now, let this serve as just my first reminiscence of the Studio.

I am planning for a 25th Anniversary demo, maybe even make another book, who knows? More has happened at the Studio than I ever planned! 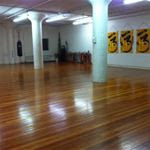