My guest this month is many things to many people. 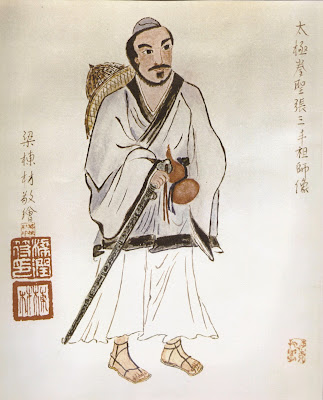 One of the more mysterious aspects of Taoism, and Tai Chi for that matter, is the idea of Wu Wei, usually translated as “Non-Action.” The Taoist is said to be someone who practices, “Non Action.” That conjures up the image of someone who lives a pretty uneventful, boring life—maybe meditating all day long, or simply sitting on a rock contemplating existence.

But the Taoists were in reality extremely dynamic people. They were tireless experimenters, observers of Nature, and in a sense the “scientists” of their time. They developed herbology, alchemy, martial arts, Qigong techniques, and meditation methods. The Taoists were anything but passive!

Above all, they were great observers, carefully studying the innate tendencies of things and the natural flow of energy. Wu Wei, far from implying passivity, actually means “not forcing,” or “not acting contrary to the natural tendencies of things, people, or events.” By acting WITH the flow rather than against it, the Taoists could produce big effects with little energy input.

There is a great illustration of this in Chapter Three of Lao Tse’s Tao Te Ching. The common translation in English usually runs something like this:

The Sage rules
By emptying their minds
Filling their bellies.
Weakening their wills,
And strengthening their bones.

So in the typical translation we get the image of a “ruler” who seems to make the people as doltish as possible, empty-headed and weak-willed. Of course in Taoist literature there are not the hard definitions of English, so the passage could also mean that this is the way a Taoist (Sage) rules him or herself. The translation above would correspond to the common way in which Wu Wei is interpreted as “non-action.”

But wait a minute…bearing in mind that 99% of translators of the Taoist writings into English were scholars who never had any actual Taoist TRAINING, let’s take a look at how a trained Taoist might have read those same four lines.

Did you ever feel stressed and “uptight?” Almost invariably, the tightness you felt would have been centered in your solar plexus area. A proliferation of chaotic thoughts will essentially BLOCK and congest energy in your heart/solar plexus area. So the Taoist, empties this area by releasing extraneous, stressful thoughts, usually through meditation.

The energy, however, is not just dissipated. Once the heart-mind is cleared, the energy and intention is directed toward the tan tian, or area just below the navel. The Taoist (or Tai Chi Player) releases excessive thought energy and instead gathers energy in their lower abdomen, the reservoir of QI, or bio-electrical vital energy.

So now, by applying just the first two lines of the poem above, the Taoist Tai Chi Player has succeeded in quieting stressful thoughts, releasing energy from a tense heart-solar plexus area, and gathering energy into its natural reservoir for abundant vitality and longer life.

Then the Taoist “weakens the will.” In Chinese medicine the Kidneys, or what we would call Adrenals provide energy for the “will.” So always trying to impose your will on events to make sure they turn out your way will deplete your Adrenals, and later your immune system. The Taoist Tai Chi Player “weakens the will” by practicing Wu Wei . S/he always works WITH the natural tendencies of people and events. So life seems to flow effortlessly, but everything gets handled with the greatest possible ease and effectiveness.

Finally, the Taoist Tai Chi Player “strengthens the bones.” In Chinese medicine, an accumulation of Kidney energy is said to enter the bones and make them resilient, but indestructible. The Tai Chi Chuan Classic says, “Let the Qi sink deeply and permeate the bones...” When the Qi has sunk to the bones, it is a sign that the entire body energy has been concentrated to its core for personal power and long life.


Release stressful, chaotic thoughts from your heart area;
Concentrate your intention on your lower abdomen to accumulate QI;
Lessen your “willfulness” in trying to control events
(Follow Wu Wei instead)
Relax all that formerly pent up energy deeply into your bones.


Who knows, you might even become a long-lived “Tai Chi Immortal!” 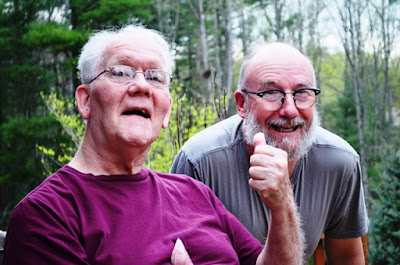