San-Shou teaches the applications for the Solo Form postures, the Five Elements of Sticking Energy, the Yang's 18 lines for attack, as well as territory and distance.  San-Shou also teaches the three parts of a technique: Hua-Neutralize ,Na-Hold,Da-strike. 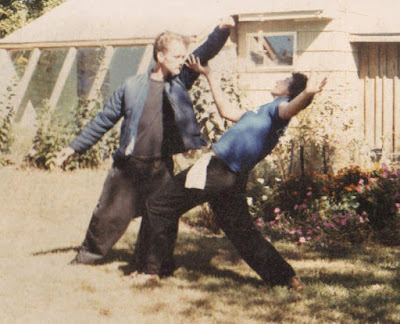 Master Liang taught that when the three parts are done separaely you are dancing with your partner, taking turns and not stepping on their feet. When they are combined into one movement, they become a knockout or knockdown. In my classes, we would take one technique and practice it with three separate parts. Then we would combine the defense and control. Finally we would make it all one movement by adding the attack. Liang called this one-step sparring. Making your movement one-step with three parts put together.

Master Liang learned his San-Shou from Masters Hsiung Yan-hou and Shi Diao-mei.  When learning from Mr. Hsiung, Liang had to live in Hsiung's house, meditate daily,sleep on the floor, and eat vegetarian meals because Hsiung was a devout Buddhist. 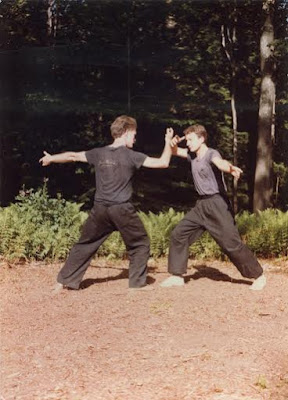 I will post a version of myself performing the complete version with Master Liang in an upcoming blog. But for now, here are a few examples and versions. Enjoy!