It was 40 years ago this month that I met Master Paul B. Gallagher. I went to Omega Institute in Hoosick Falls NY with Master T. T. Liang as his assistant for 7 days of Tai-Chi classes in the Adirondack mountains. I drove out and back and had many hours with my teacher, listening to stories and learning so many facets of Tai-Chi. 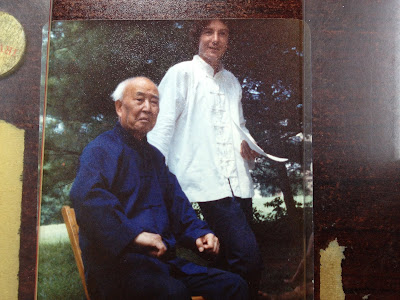 With Master Liang at Omega Institute, 1979

When we pulled up to the old boys school Omega was using as a campus at that time, we were greeted by a man and woman, Paul and Paula Gallagher. I had heard about Paul from Master Liang, how he was one of his three original students in Boston, the other two being Alice Crooks and Emile Beaulieu. Master Liang told me that without Paul's help, he would have never been able to write and publish his book. I had also heard from jealous classmates about how they would have to leave when classes were over but Paul got to stay. Maybe they never put together that that was book time, not student time. 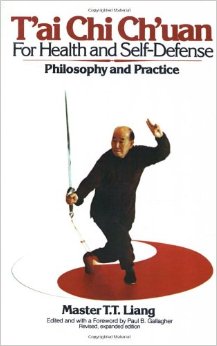 When I went to NYC to study Hsing-Yi and Pa-Kua with Master B.P. Chan, he asked me if I knew Paul Gallagher. When I said no, he said, "You should meet him, he is my best Pa-Kua student." 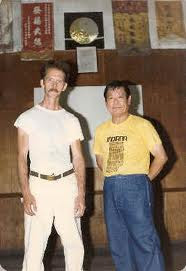 The first morning there, I went out to practice and as I began, and I saw some one watching me. I've had many people watch me start to practice, some have stayed for a bit, but very few watch my whole routine. ( Joe Lang in Scotland watched my whole 3 hour practice and said he learned a lot about me afterwards.) I noticed this person not only watched me, but stood in the Universal Post standing meditation position as I went through a 45 minute routine of Tai-Chi, Hsing-Yi, Pa-Kua and weapons!!

During that first day Paul came up to me and reintroduced himself and asked if we could meet that night after all the classes, meals and social time was over. I said yes, and that began my great good fortune. I had done a day of classes with Master Liang, had the dinner with hundreds of people, then went back for two hours of tea, talk, and time with Master Liang. At some point he wanted to retire and I made my way out into the night.

Paul was staying in one of the old ad-min buildings which looked like a castle. That first night we stayed up the whole night talking about Taoism, Tai-Chi, our teachers, Pa-Kua, just about everything!! Even though he was my senior in all ways and levels, he never talked down to me. I was nineteen and he was thirty six at the time. That night we did not go to bed! I went back as the sun  began rise to do my personal practice before I met Master Liang to go to the morning Tai-Chi classes.

That is how the whole week went pretty much. Sleep deprived bliss!  Paul was there teaching Taoism and I-ching, so I would pick his brain on those subjects. By the time we were saying goodbye, I had made plans to visit him at Wu-Ming Valley House in Hadley MA, just two hours away from me. 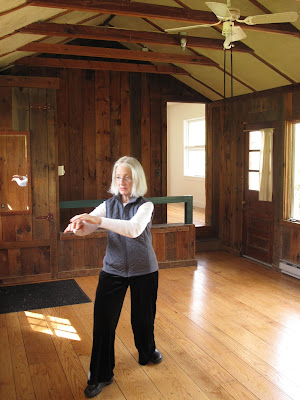 Paula at Wu-Ming
From that time on, I've been learning and sharing with Master Gallagher. He has introduced me to amazing people like J Richard Roy, Ken Cohen, John  Myerson, Paula Gallagher, Molly Malone, Rob, Annie, Joey, Mark, and so many others. He translated Tai-Chi texts for me, gave me first edition copies of All Men Are Brothers and The Importance of Living. He gave me so many books, ideas, practices and concepts. And he gave me the most valuable treasure, his friendship and brotherhood. 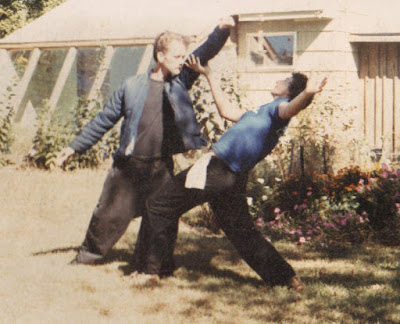 Even to this day, I learn so much from this generous and kind teacher. He guided me through a prosperity course and we now work a great exercise, which I will share with you, about the study of fives. Paul asked me to list five books that changed my life. Not just five great reads or classics or amazing books, but five books that when I finished them, I was a different person. Here are my five:

Chinese Boxing: Masters and Methods by Robert W. Smith
The Lord of the Rings by J.R.R. Tolkien
Journey to Ixtlan by Carlos Castenada
The Tao of Love and Sex by Jolan Chang
Our Life With Mr. Gurdjieff by Olivia DeHartmann

I learned so much about myself by seeing which books affected me so deeply and how I changed from that point on. We have done others lists of five, all with the idea that we are a different person after. Some have been five teachers, places, songs, movies, and teachers or teachings from people not alive who we have never met. 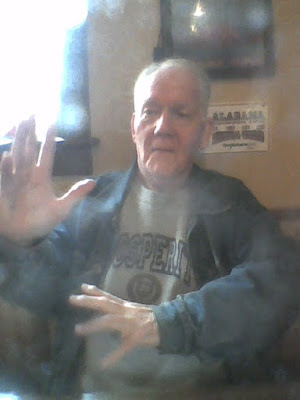 I could go on and on, how this person who could have taken advantage of me actually nurtured me. This person with the most amazing mind who let me in and shared so deeply his amazing life and lessons. So, I intend to do a follow up , but for now, I hope you got a glimpse at my friend, classmate, teacher, brother, and great treasure of my life!! 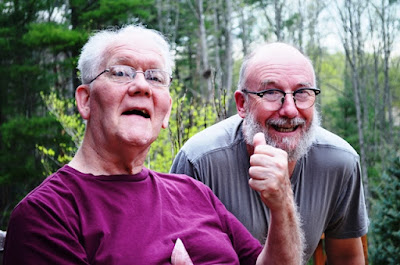